Reworked video rendering. Now he runs a separate process that allows not freeze all of the DS for work, or what the command, and the performance of this has contributed positively.
— Added support for external commands. Teams represent themselves separately compiled programs (ELF format), or lua scripts. Are they in the directory cmds.
— Updated library fatfs (to work with SD card) to the latest version, as well as improve its performance in the DS.
— Module sdiso now is not the module, now it is designed as external command. It also has been updated library fatfs and added support for long filenames.
— New command:
— bios : This command allows you to flash a BIOS (if you have a bios mod)
— gdrip : Team to rip GD-ROM to the SD card.
— hack : This command for hack LBA in a binary file. Maybe hack the binary directly in the ISO image.
— ffdev : Command to work with the SD card.
— dreameye : The command to save and delete photos from your camera dreameye.
— luac — Compiler lua scripts to bytecode.
— and other…
Just been handed down some internal commands to external, to facilitate a little core of DS.
— A little refined file manager. There were tooltips in the toolbar, as well as in the header shows the current path.
Also it has built-in support firmware bios (when you click on the file extension .bios) and rip GD-ROM.
— Added an application to install DreamShell in bios (if you have a bios mod). Now you can load DreamShell directly without disc with bios and SD card!
— Added a new app Region Changer 1.8.
— Added initial support network.
— Added module lwip, which is an alternative to built-in support network.
— Zip and bzip2 libraries were made in separate modules, to ease the DS core.
— Added a virtual keyboard, which works as a console and a GUI.
— Now L/R Shift of the joystick, you can call the console and the virtual keyboard.
— Speed up loading the DS core.
— Added the events mouseover and mouseout to GUI buttons.
— New features in the API.
— Lots of bugs fixes and optimizations.
— A little refined boot DS with an SD card. 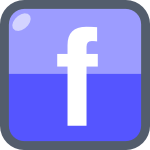 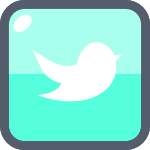 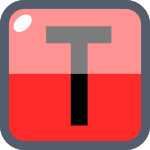